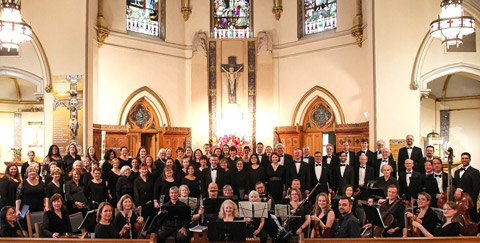 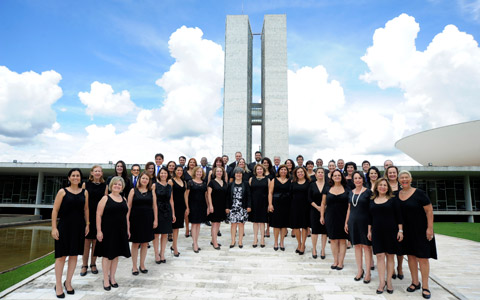 The choir started its activities under the direction of Glicínia Mendes in August 1996.

The choir singers are members of the institution who love choral singing. No prior experience is required.

Recorded CD's until today: "Canta Brasil" and "Hinos do Brasil".

In July 2005 the choir performed Bizet’s "Carmen" at the National Theatre as the invited choir by Opera Studio (University of Brasília).

The group has performed throughout Brazil, Argentina, Chile, Uruguay, Ecuador and the United States.

Concerts in partnership with other choirs and orchestras include: "Chorus Fraternité" (with Brasília’s Madrigal in June 2007); "Christmas Concert" (with Personare in December 2009); Misatango by Martín Palmeri - première in Brasília (with Coro Lírico and Orchestra both from Brasília’s Music School in June 2011); Misatango première at Carnegie Hall, New York – USA, (with ten other choirs from all over the world in January 2015);   Misatango première in Natal, Rio Grande do Norte State - Brazil (with Vocal Group Octo Voci and Rio Grande do Norte University Orchestra in September 2015).

The Brazilian Senate Choir celebrated its twenty years in December 2016, at this occasion it presented staged excerpts by G. Bizet’s Carmen. 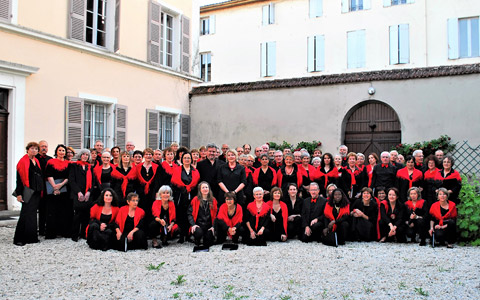 The “Ensemble Vocal Hémiole”, renamed this way in 2006, is based in Mérignac, near Bordeaux.
Today it comprises approximately 90 singers, recruited on hearing, subject to assiduity and to a regular personal work from CDs of learning. The weekly rehearsals are accompanied with a professional pianist and give rise to several concerts in the year, in several cities of the Bordeaux region and the southwest of France. Choir head from 2006 on is Michèle Lhopiteau-Dorfeuille.

The artistic orientation is to attract to music a wide public, by serving known classical and sacred works, but also songs of the world from international origin.
It is also the opportunity for the choir to discover other parts less often, even never sung in Aquitaine and even in France: for example in 2008 Franz Lachner’s “Requiem”, in 2011 the “Stabat Mate” of Jenkins, in 2012 Martin Palmeri’s “Misatango”- which became famous in France at this time- and in 2016 the “Magnificat” of same Palmeri.

The choir Hémiole often interpreted the “Misatango”: June 2012 in Bordeaux (first performance in France), January 2015 in New York (by the chorus-singers who will be present in Vienna this summer), March 2016 in Bordeaux, July 2016 in Vertheuil (Médoc region near Bordeaux), December 2016 in Bordeaux and Bergerac, with orchestra and choirs from Argentine.
It was on several occasions under the direction of Martin Palmeri himself!

Konzertchor Oberbaselbiet was founded in 1975 by Thildy Lüthy and some friends who loved to sing. She conducted the choir successfully over 20 years. In these years the choir changed from a local to the biggest regional choir in the area.
Today the choir comprises about70 members and organises two concerts every year. Our repertoire ranges from baroque to modern composers.

A smaller spring concert is devoted to folk music from all over the world e.g. nordic, swiss or south american songs but also to numerous other types of music as Kletzmer, musicals, Walt-Disney-tunes or music of the Twenties just to name a few of them.
In Autumn or early winter the choir opts for major classical compositions. Beautiful romantic composers (e.g. Mendelssohn, Grieg, Reger etc.) have been performed. Romantic outdoor concerts accompanied with poem reading (Eichendorff) were successful events. Konzertchor Oberbaselbiet always gives priority to work together with regional orchestras and young solists and stands for a large musical variety. Our concerts of Mozart’s Great Mass in C Minor, Handel’s Solomon and Messiah, John Rutter’s requiem, Britten’s Saint-Nicolas cantata and many more were acknowledged as outstanding cultural regional events.
Since 2013 the young conductor Marco Beltrani works with us and has increased our feeling for rhythm and intensified our acoustic colour. In 2014 Palmeri’s Misa a Buenos Aires was an inspiring and impressive concert which the composer attended himself and made the invitation to the Vienna festival possible. 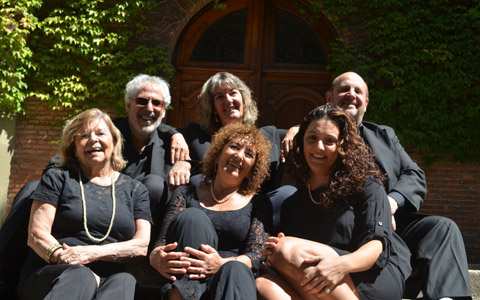 Voces de Buenos Aires (Voices of Buenos Aires) is integrated by choristers who once belonged to Vicente López Polyphonic Choir, one of the Argentine choirs that first performed “Misa a Buenos Aires” led by its own Composer and Conductor Martin Palmeri in the early stages of his artistic career in Buenos Aires. Only for chronological reference: Vicente López Polyphonic Choir has just turned 40 years of uninterrupted choral activity.
Since its premier in 1996, Voces de Buenos Aires have performed Mass to Buenos Aires on several occasions, not only in Buenos Aires (churches, cathedrals, theaters, including the Golden Hall of the Colon Theatre, National Radio), but also abroad (The Netherlands, Italy, and New York).
Apart from Mass to Buenos Aires, Voces de Buenos Aires also performed the World Premiere of Magnificat, also by Martín Palmeri, at Season of Great Concerts, Faculty of Law, and Ars Nobilis, both in 2013.
Further on down the road of music, Voces de Buenos Aires members have joined other choirs interpreting compositions from different periods and styles, both a capella as well as symphonic and choral, mostly accompanied by qualified orchestras.
Among other performances, this group has also participated in:
The Daughter of the Regiment, Donizetti, Roma Theater (2005)
Aida (Verdi), Avenida Theater, Buenos Aires (2008)
Fidelio (Beethoven), Avenida Theater, Buenos Aires (2009)
Concert Don Bosco (2004)
Homage to Maestro Honorio Siccardi, Ciudad de Dolores (2007)
Season of Classical Concerts, San Benito Abbey (2007)
Season of Concerts, Public Association of Lawyers (2009)
Bicentennial Concert, Legislature of Buenos Aires City (2010)
Season of Great Concerts, Faculty of Law, UBA (2010) 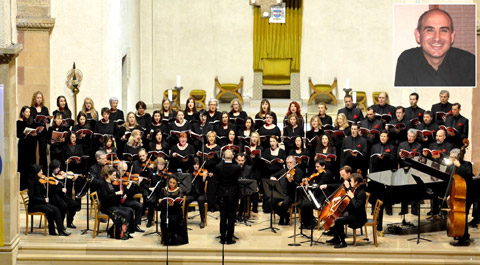 Some significant dates:
•    April 2011: Participation in the musical “Las Callas”, Zarzuela by the Spanish composer Federico Chueca at the Grand Theatre
•    June 2012: Invited to the festival “Rhythms of One World” in New York, 7 concerts in different concert halls, including the Merkin Centre, Avery Fisher Hall, and the United Nations General Assembly hall.
•    December 2013: Invited to the Vienna International Choir Festival, winning the gold medal at the closing concert in the main hall in the Musikverein.
•    March 2016: Luxembourg première of Misatango by Martin Palmeri.
•    December 2016: Luxembourg première of “A Christmas Cantata” by Nils Lindberg

To celebrate their 20th anniversary, Voices International has the honour of being invited to sing the Requiem of Gabriel Fauré at the Philharmonie. The Requiem will be sung again as a homage to Jean Rivier and to French music, on 17th  June at the church of the Sacré Coeur and on 18th June at the Conservatoire de Musique in Luxembourg.
In September 2017, Voices International will represent Luxembourg at the Misatango Festival in Vienna, in the presence of the composer, Martín Palmeri.